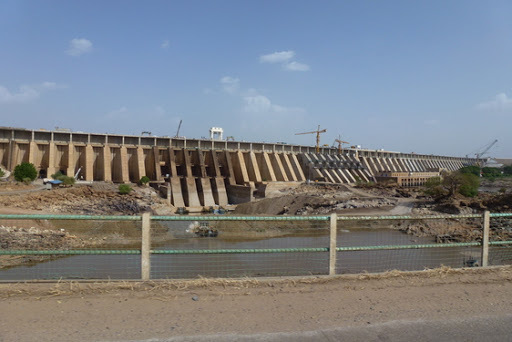 Sudan announced early on Saturday that the Blue Nile water supply to the Roseire dam reservoir had declined by up to 50%.

The country has warned that the delay in resuming negotiations over Ethiopia’s controversial dam will affect the Roseires dam.

Meanwhile, Ethiopia’s Supreme National Committee for Disaster Management announced that around half a million people were at risk of flooding in various parts of the country.

The expected “dangerous floods” will include the Amhara region, where Lake Tana, the source of the Blue Nile, is located.

Sudanese Minister of Water Resources and Irrigation Yasser Abbas on Friday said Ethiopia’s decision to start filling the Grand Ethiopian Renaissance Dam (GERD) reservoir for the second year in a row poses a threat to Sudan.

In a letter to his Ethiopian counterpart, Seleshi Bekele, Abbas noted that Ethiopia decided to fill the dam for the second year in the first week of May, when it decided to continue construction of the middle passage of the GERD.

“It is clear that when the water flow exceeds the capacity of the two lower valves, it will be stored until the dam is full and the water eventually passes through it,” Abbas said.

For his part, the Egyptian Minister of Water Resources and Irrigation Mohamed Abdel Atty said on Friday that his country wanted to complete the GERD talks. This with the aim of reaching a fair and legally binding agreement that meets the development aspirations of all parties concerned.