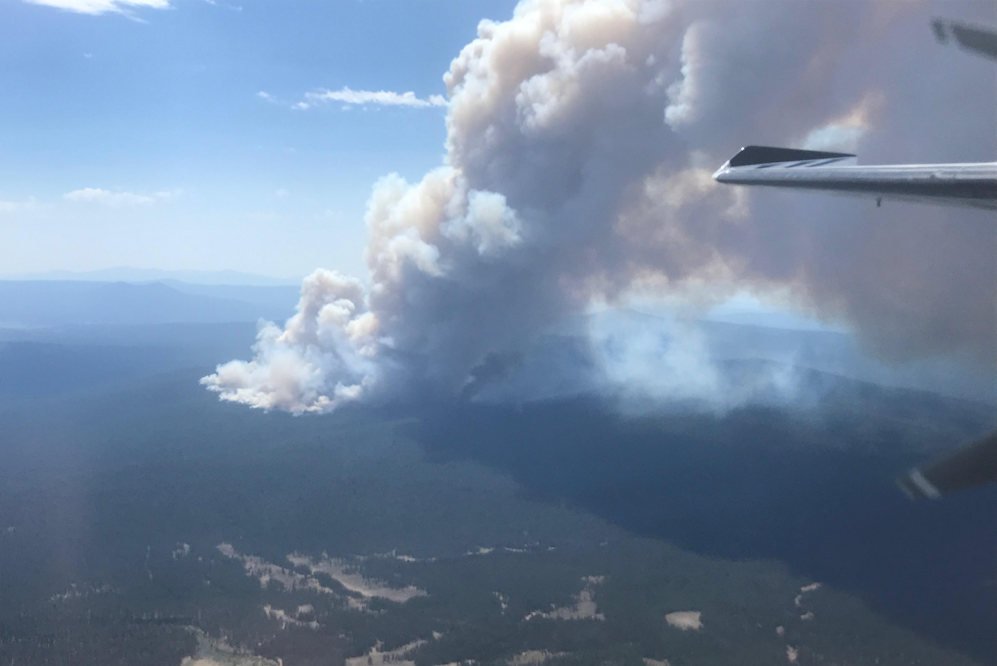 Although a red flag warning is no longer in effect, weather conditions overnight and through Friday continue to allow for extreme fire behavior, officials said. Additional resources have been ordered and continue to arrive.

Firefighters continued their efforts to identify defensible locations for
fire protection and to start the fire safely. The crews succeeded in limiting the
distributed along the southern edge. However, during the day and in the evening,
the extreme behavior of the fires caused by the wind led to an active growth of fires in the east.
Authorities are currently assessing the impacts of the spread of yesterday’s fire.

In addition to ongoing daytime operations, more crews are assigned to
night shift when conditions are more favorable for effective fire fighting. Within the framework
unified command and in addition to forest firefighting efforts
ongoing, the Oregon State Fire Marshal’s Office Green Incident
The management team remains on site with 3 working groups focused on the structure
sort and, if possible, create defensible space around structures on both
day and night shift. Today, 2 other structural strike teams from California and
an Oregon task force arrived, with additional resources on order.

At the recommendation of the Bootleg Fire Incident Commander, here are the
current evacuation levels issued by Klamath County Emergency Management:

The Fremont-Winema National Forest is closed in the area of ​​the fire. See the maps
and the Emergency Fire Closure Order 06-02-21-03 to
www.fs.usda.gov/alerts/Fremont-winema/alerts-notices or on InciWeb.

Security message:
Monitor the increase in fire equipment traffic on the region’s roads and highways,
especially in the Chiloquin area – be careful and drive defensively!

FIRE PREVENTION:
The conditions are unusually warm and
dry this year. Please use caution
with anything that can start a fire!
Report suspected forest fires
immediately to 911.

SMOKE:
The smoke should continue to
impact the local area. Find more
info at
www.oregonsmoke.blogspot.com

Meanwhile, the lightning-triggered Lewis Rock fire five miles south of Mitchell, reported on June 30, is mapped to 368 acres and 45% contained, with more than 400 firefighters engaged in full clean-up efforts . More information on: https://inciweb.nwcg.gov/incident/7604/