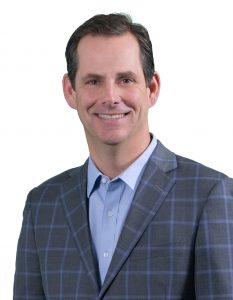 The Cincinnati area reclaimed the top spot in Site Selection magazine’s ranking on the Ohio River Corridor for 2021 after placing second last year.

Site Selection indexes data on business projects in subways along the Ohio River for the past 18 months and rates subways by volume and per capita.

â€œThe Cincinnati area is once again the premier location for growth and investment along the Ohio River, thanks to the ability of businesses to move goods quickly and inexpensively by water, rail, air or water. Said Kimm Lauterbach, president and president of REDI Cincinnati. CEO. â€œWith more than 43 million tonnes of cargo passing through our river ports and CVG’s 15% year-over-year air cargo growth, the Cincinnati area will continue to be a clear choice for businesses that must reach the rest of the country. country.”

The Cincinnati region has the largest inland port in the country and the 14th in the country in terms of cargo volume. Economic activity in the region is also bolstered by the Cincinnati-Northern Kentucky International Airport (CVG), the 7th largest freight in North America with two global air freight hubs and two Class 1 railways, this which makes it one of the most connected metros in the country. .

â€œWe have seen strong manufacturing growth near CVG and significant office expansion along our river towns in northern Kentucky,â€ said Lee Crume, CEO of Northern Kentucky Tri-ED. â€œThere is tremendous momentum in the Cincinnati area in terms of new businesses, new jobs and capital investment and we are proud to be a key driver of its success.

Complete rankings can be viewed here.