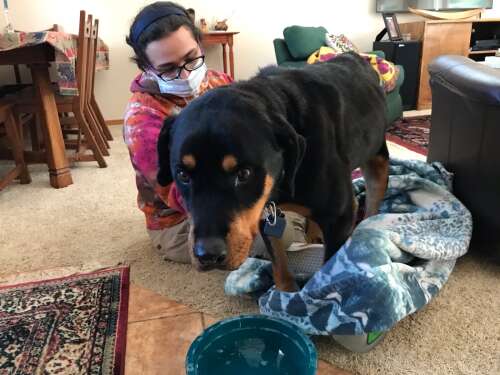 130-pound puppy struggled to keep its head above water, one paw hanging off the ice

It took Ordemann and Kelly’s owner Micheal Arreaga two hours to warm it up after nearly succumbing to ice in the Dolores River. (Courtesy of Bill Ordemann) 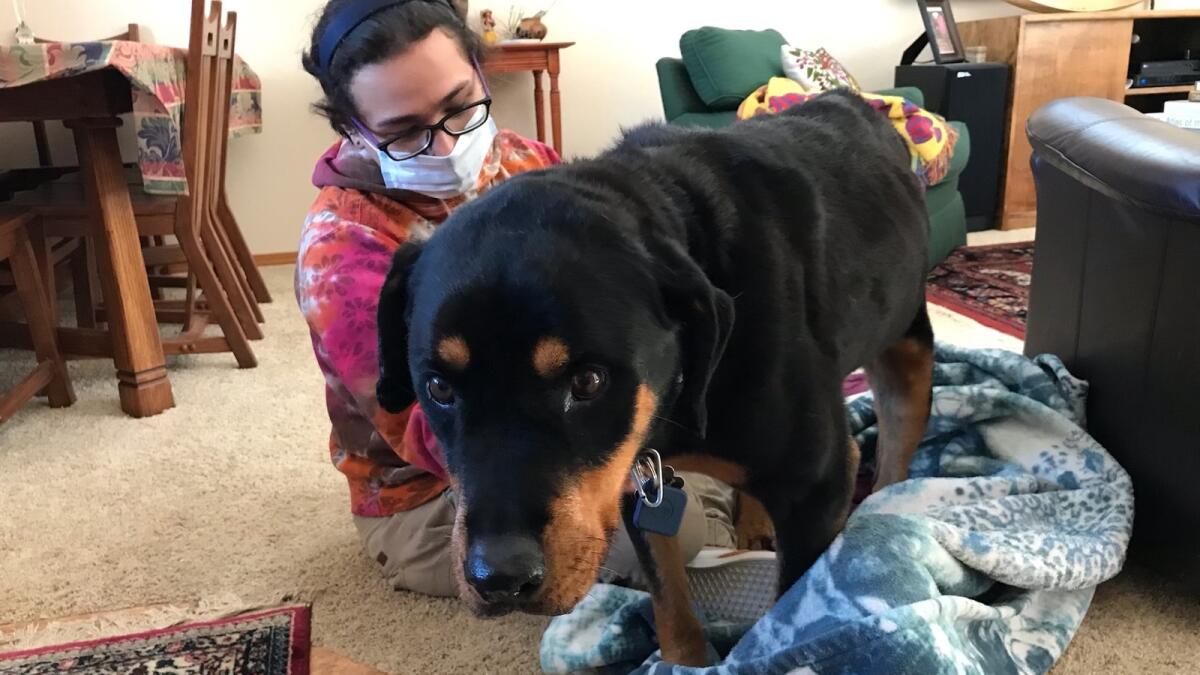 The Ordemanns knew something was wrong when their 2-year-old coonhound dog, George, barked for almost 10 minutes on Monday.

The dog barked incessantly before, but this time something was different.

â€œWe’re talking on the phone with friends, and he’s just gone mad,â€ Bill Ordemann said. “We couldn’t calm him down.”

The Ordemanns live near Riverside Park in Dolores, and George loves going there.

So, during his episode of barking, Karen Ordemann accompanied him to his beloved place.

Conditions on the Dolores River Monday, when Bill Ordemann and his wife, Karen, rescued a 130-pound dog submerged in water and struggling to grab onto the ice. (Courtesy of Bill Ordemann) 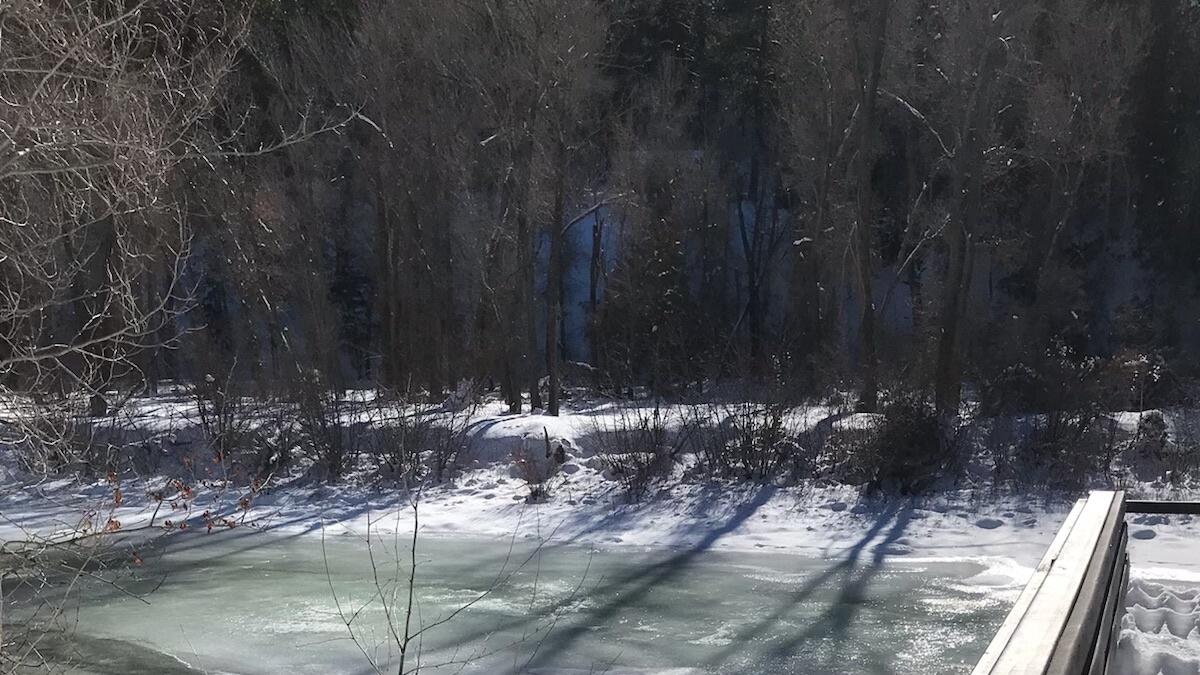 And there was a dog in the Dolores river.

Kelly, a 12-year-old, 130-pound Rottweiler, was struggling to keep his head above water. One paw desperately gripped the ice as it resisted falling completely into the biting currents below.

â€œShe was kind of in the final stages to be able to hold on,â€ said Bill Ordemann.

The Ordemanns, who lived about 300 meters away, reacted quickly. They had watched Kelly play and dive into the river around 9 a.m. while they were having breakfast, but now at 9:30 a.m. Kelly’s morning swim had become disastrous.

Bill Ordemann used a ladder to distribute his weight on the thin ice and attached a cable to Kelly’s collar.

He was nervous that she couldn’t hold onto the ice long enough to be rescued.

“I kept talking to her and encouraging her to hold on because she was about to disappear, and it would have been so sad if she had let go, because the ice cream had filled up on the river, â€he said.

He pulled Kelly’s shoulders over the edge of the ice, while Karen Ordemann pulled from the shore.

Kelly stuck to the ice and Bill Ordemann freed her. Then she “slipped like a puck of ice” on the ice.

As Bill Ordemann ran home to grab a leaf, Karen Ordemann, who weighs less than Kelly, hoisted the dog over a rock on the bank.

The tracks left in the snow as the Ordemanns transported Kelly home on Monday. (Courtesy of Bill Ordemann) 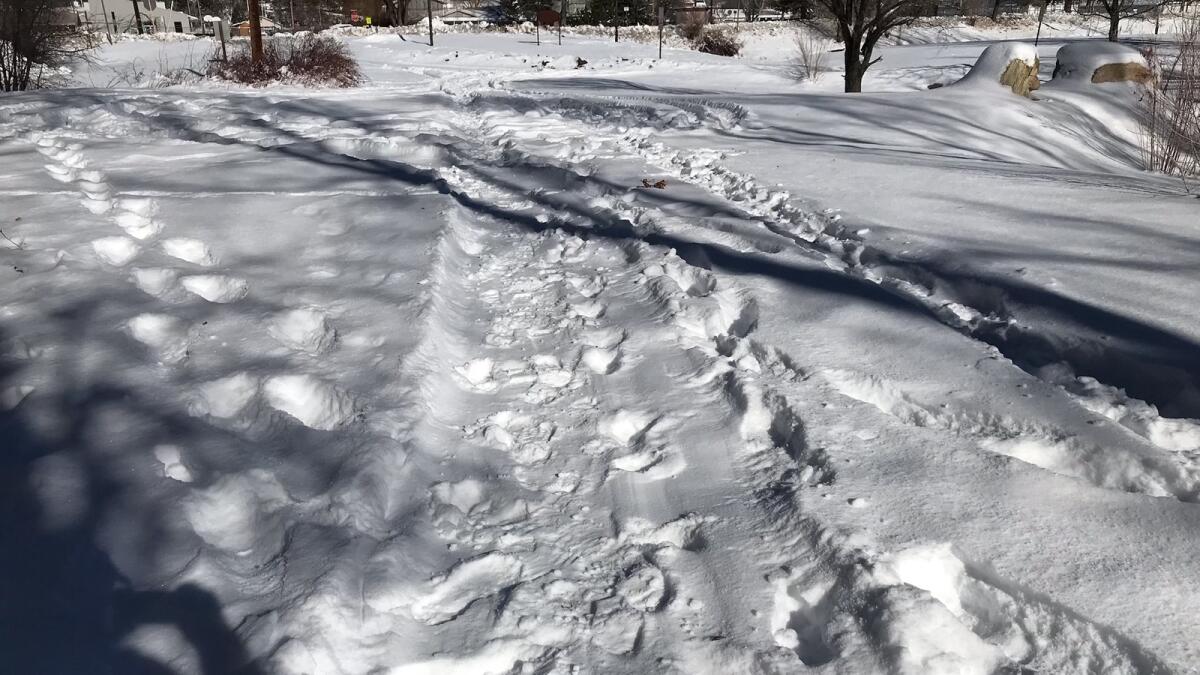 They wrapped the hypothermic Kelly in a sheet and dragged her “like a sled” to their house.

Kelly’s eyes were open, but showed little life. Icicles hung from his mustache.

It took two hours to warm it up. Kelly’s owner, Micheal Arreaga, visited the Ordemanns to help warm up. She saved Kelly a year ago. At the time, Kelly weighed only 80 pounds.

Kelly’s owner Micheal Arreaga, left, and Karen Ordemann, right, spent two hours warming Kelly up after she was rescued from the icy Dolores River on Monday. (Courtesy of Bill Ordemann) 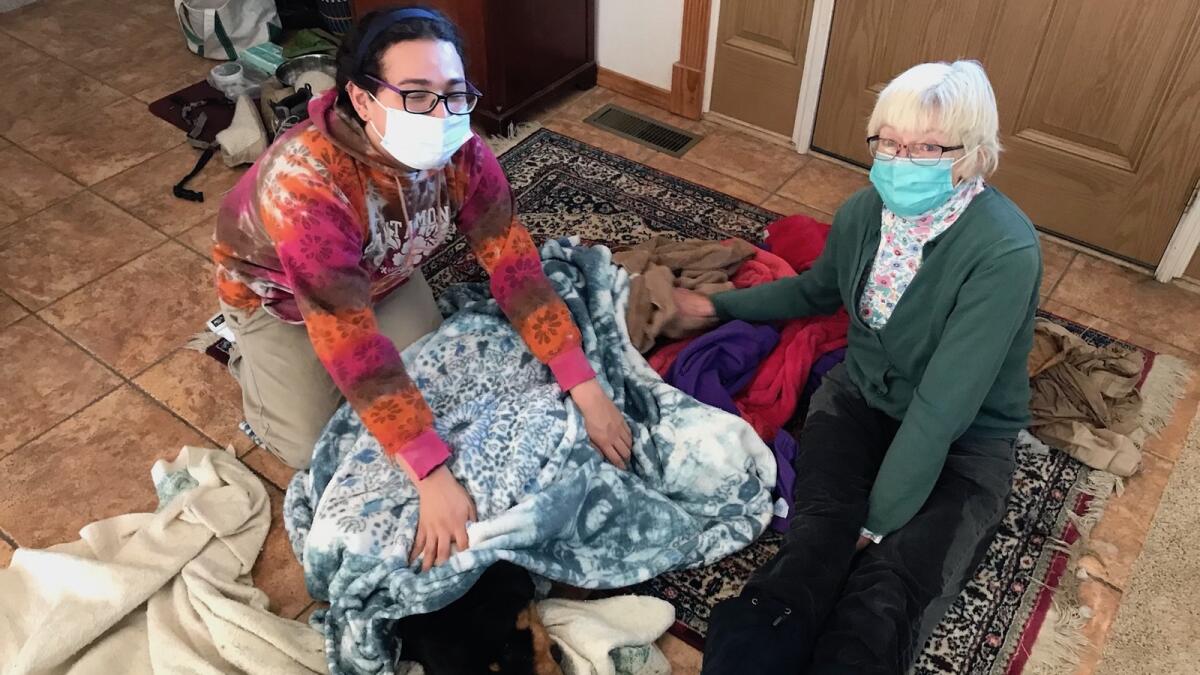 â€œThis is his second chance to live a long and happy life,â€ said Bill Ordemann.

Kelly has made a full recovery. The next day, she was enjoying a quesadilla.

â€œShe’s gone back to her old ways of trying to pee on the carpet when she’s not supposed to,â€ Arreaga said.

Kelly’s ordeal appears to be the first reported ice incident this winter. The Dolores and Cortez Fire Departments said they had yet to respond to similar rescues.

Mike Zion, Chief of the Dolores Fire Protection District, advised people in a similar situation to call 911. That way, if the rescuer slipped in the icy water, help would be on the way.

Firefighters typically participate in a few ice rescues each year, but none have resulted in death, said Zion and Jay Balfour, chief of the Cortez Fire Protection District.

Both departments participate in an annual ice rescue training. For the Cortez Fire Department, the weather was not cold enough for substantial ice to form.

A person who is at risk of slipping under the ice should keep their head above the water and, if possible, break through the thin layer of ice until they reach the solid ice to pull themselves up out of the water, Zion said. It’s best to crawl along the ice and stay as level as possible, he said.

â€œWith the ice warming up like this, people should stay off the ice,â€ he said.

Balfour warned dog owners not to follow their animals on the ice and call the fire department instead.

â€œIt’s a lot safer for us to do it with the proper gear and the personal protective suits that we put on to get our people in, in and out of the ice,â€ he said.